There is much more to this master of unlocking than just a crazy scientist and a gorgeous face with a sharp eye for killing zombies, Ms. Jill Valentine. Let’s check the post of the 7 things about Jill you should know from Resident Evil 3 below.

Some of the most recognizable protagonists and antagonists in video game history may be found in the Resident Evil franchise. When people consider their earliest and most enduring scares in the medium, they often think of this genre-defining horror game series. Of all, no one would be as attached to the series as they are now if not for these incredible lead characters.

Here comes Jill Valentine, one of the most significant Resident Evil characters ever as well as a beloved and well-known female video game heroine. This master of unlocking, however, is more than just a gorgeous face with a sharp eye for dispatching zombies and crazy scientists. Many people don’t know all there is to know about Ms. Valentine.

1. Her appearance has changed over the years

Jill Valentine was initially created to avoid the masculine gaze, but her design has changed over time, and she even reversed her decision.
In the remake, according to Capcom developer Hiroyuki Kobayashi, Jill was made sweeter while maintaining her powerful physique. She was based on Canadian model and actress Julia Voth, who resembles Jill when donning her incredible Resident Evil cosplay. She was designed after Russian beauty Sasha Zotova for the great and brand-new Resident Evil 3 2020 remake.

2. She’s known as easy mode ever since

Chris Redfield’s gameplay and Jill Valentine’s gameplay have never been the same in the Resident Evil series.
Jill always has a bigger inventory when the game first begins, and she comes with a free lockpick. As a result of having more access to goodies earlier in the game, she has been known as the series’ beginner/easy mode.

3. She was made to prevent sexualization

Numerous female video game characters are made specifically to be sexualized; even when they are not, many fans do so. Jill was created to counter this.
Jill was created as an independent heroine by Resident Evil director Shinji Mikami and designer Isao Ohishi to escape the sexy and submissive female horror stereotype many female protagonists fall into. 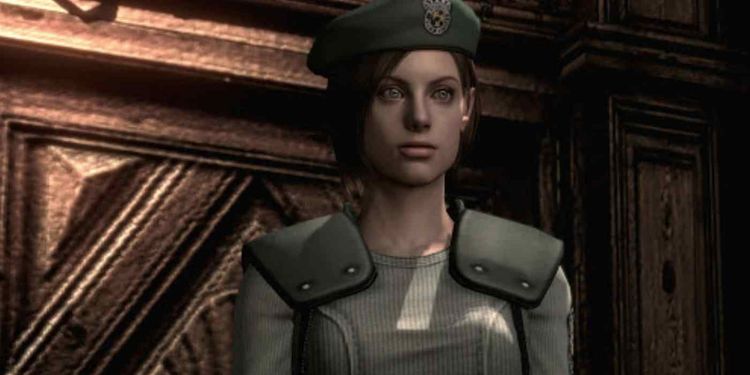 4. She once resembled a Capcom character

Jill isn’t the only independent female protagonist of a Capcom horror series. Jill Valentine and Regina are both characters from the Dino Crisis series.
Capcom added a brief cameo for Regina in Resident Evil 3: Nemesis where Jill can use a dress shop key and don Regina’s Dino Crisis outfit and red wig to better emphasize that tiny feature.

One character who never makes a second appearance behind the wheel with the same voice is Jill. Jill often makes a comeback in her major roles with a brand-new voice actress to perform her memorable lines.
She is voiced by Inezh in the original game, followed by Catherine Disher in Resident Evil 3 and Marvel vs. Capcom 2; Heidi Anderson in the remake of the original Resident Evil; Patricia Ja Lee in Resident Evil 5 and Resident Evil: Mercenaries, and so on with different voice actors in each of her subsequent outings.

6. Jill was French-Japanese by birth

Jill had already been mentioned in a Capcom book before the original Resident Evil 1’s 1995 release. This book described the Resident Evil characters and their backstories to entice potential players before the release of the now-classic game.
According to this book, Jill’s mother was a Japanese immigrant, and her father was a Frenchman. Many feel this is currently outdated and that Caucasian backgrounds have been ignored.

7. In a single game, she “teams up” with antagonists

Monsters from the Resident Evil series serve as Jill’s assistance special skills during her cameo in the venerable fighting game Marvel vs. Capcom 2.
These monsters range from crows to tyrants for one of her supers to zombies, Cerberus dogs, and zombie dogs.
Above are just a few interesting pieces of information about the character Jill Valentine. We still have a lot to say about this fantastic heroine and the Resident Evil movie adaptation in upcoming blog posts. Please look forward to the excitement and learn more Resident Evil merchandise at our website.
Recent Posts

Take 10% off your first order by simply signing up below.